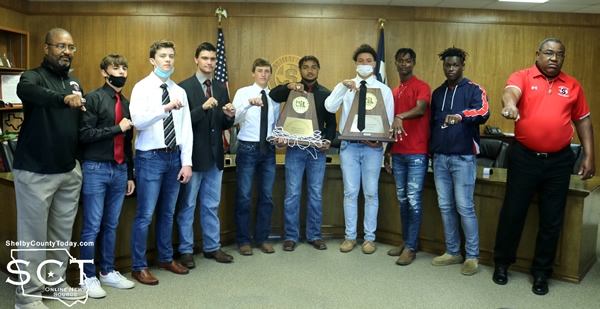 October 16, 2020 - Shelbyville ISD Administration did not want to wait any longer to give recognition to the 2020 2A State Champion Dragon team after the Championship Rings arrived. Due to COVID-19 precautions, the administration opted to at this time do a small private ceremony with the players still attending school with intentions to honor all at a later date.

Dr. Ray West, Superindent, wants to assure everyone a ceremony will be held at a later date, possibly at a basketball game, which will include the seven players who graduated in May, cheerleaders, team managers, and families of the players. At the ceremony with all, the state medals will be presented.

Dr. West said, "I was really important for us to make sure you were acknowledge when you didn't get a chance to defend the title. But in my opinion, until somebody takes the title from you, it's still ours." He continued, "We thought it was real important to go ahead and get you the ring to acknowledge that."

In June 2020, UIL held a virtual awards ceremony presenting the trophies to the four Conference 2A teams who were slated to compete for the title but due to COVID-19 their journey ended and all four teams were awarded the Championship title. 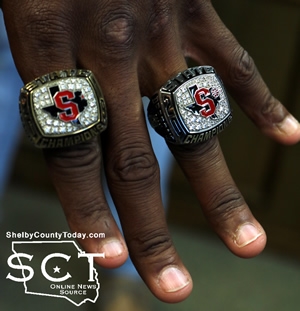