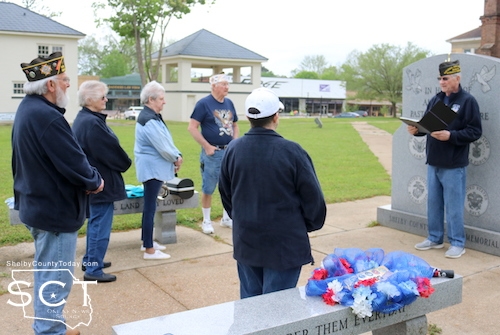 March 31, 2021 - VFW Post 8904 and the Auxiliary honored Veterans of Somalia with a wreath laying at the Veterans Memorial on the grounds of the 1885 Historic Courthouse in Center on Wednesday, March 31, 2021. 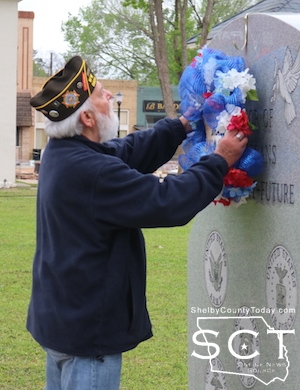 Post Quartermaster Larry Hume explained, "Americans consider themselves to be a compassionate people, and the United States military has a long tradition of humanitarian relief operations both within and outside the continental United States. Never has this humanitarian impulse proven more dangerous to follow than in 1992 when the United States intervened to arrest famine in the midst of an ongoing civil war in the East African country of Somalia. Ultimately hundreds of thousands were saved, but unintended involvement in Somali’s civil strife cost the lives of 30 American Soldiers, 4 Marines, and 8 Air Force personnel during the years of 1992 and 1994. The American military has established a tradition for peace in the midst of a famine and civil war but unlike later in Bosnia, the factions were not exhausted in fighting and were not yet willing to stop killing each other and anyone caught in the middle. There was no peace to keep and the United States withdrew all military combat troops in March of 1994. The American G.I. had as always done their best under difficult circumstances to perform a complex, confusing mission. The best military in the world can only lay the foundation for peace; they cannot create peace itself." 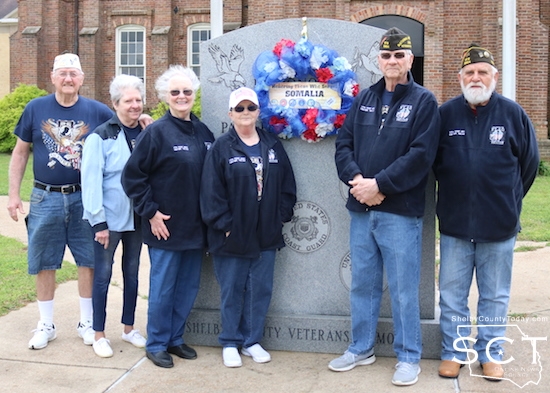 To honor the Veterans of Samolia, Post Chaplain Travis Snider laid the memorial wreath. Taps was then sounded as presented by VFW member Gene Hutto.

Following the memorial program, Snider shared that Saturday, April 3rd will be the 50th anniversary of his return from Vietnam and his discharge from the military. Happy Anniversary! 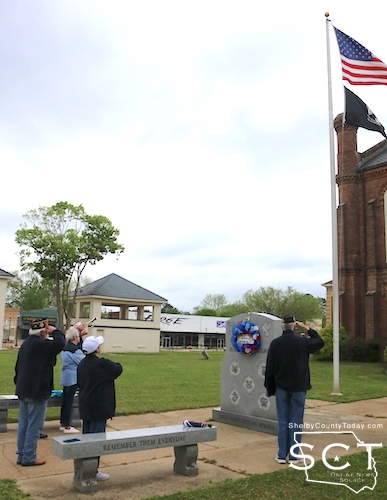