June 16, 2021 - The Timpson City Council moved for the City Secretary to take on the duties of Timpson Volunteer Fire Department (TVFD) duties during their meeting Tuesday, June 15, 2021, regarding donations to the fire department.

Many members of the fire department were present for the meeting and Tuffy Green, Timpson Volunteer Fire Chief, had mainly one question for Mayor Debra Smith and the council.

Chief Green asked, "How did this get brought up to an agenda without anybody notifying the chief, knowing this was going to be put on the city council?"

He stated if the issue had to do with deposits, some had been made late; however, he explained that is due to the TVFD Secretary, his wife, being ill. Chief Green said he, in response, returned the responsibility to Pete Andrews, the fire department Treasurer.

"He's going to be taking care of all checks, everything will be deposited into our accounts," said Chief Green.

Mayor Smith said she had spoken to Cary Bovey, City Attorney, and the outside auditor, Frank Campos.

"This is not a reflection of any wrongdoing, or anything, there's been no accusations or anything saying that we've, you know, something's been mishandled. This is simply an audit note that checks were not being deposited in the same month they were being received," said Mayor Smith. "Any irregularity handling of money will get brought by the auditor, as he stood up and said the other day that's something that they audit for is irregularities and things like that."

Mayor Smith said the outside auditors aren't criminal auditors and she's not saying there's anything criminal that's been done, and she doesn't want anyone to think the city representatives think anything wrong has been done with fire department funds.

Smith then gave a response to Chief Green's initial question about why the fire department wasn't notified of the proposed change being put before the council.

"I assumed that there was something delaying this, I did not know your wife was ill until Kenny [Walker] told me she had not been at a couple of meetings, and then I think somebody else, Misty [Burgess] or Paula [Mullins] said that they thought she had been taken to the hospital. So I pretty much assumed something was going on that was delaying it that made sense, but at the same time we have to make sure that everything's done so that the city when we get audited, we get a clean bill of our audits.

"So when Misty started looking at the reconciliations, she noticed that there were deposits from, like a February check wouldn't get deposited until April, or something like that, and the auditor said that's not supposed to happen."

Mayor Smith further stated, after meeting with Campos, it was added to the agenda to have the checks brought or mailed to the city office. She explained reports would still be provided to the fire department for their meetings.

Smith explained the city secretary is paid to make deposits, write checks and work on the city books already because that's her job.

"I would just say, as volunteers, take that off of your plate and not worry about it and let her do it, and she'll send you an email," said Mayor Smith.

Mayor Smith did ask Chief Green if he had checks from Timpson Rural Water Department from April and May, he said they should be deposited and she said they are not. He said they may be in the post office and he did not have a key.

According to Smith, checks from the Timpson Rural Water Supply for April and May were mailed to the fire department; however, they have not been deposited.

Council member Tiffany Collins asked if the checks had been cashed, and Mayor Smith said she didn't want to raise any "red flags."

"Because I did not think there was anything wrong, I did not want to cause a red flag and I did not ask Mr. Askins, and I don't think Misty asked Mr. Askins if they had been cashed . All we wanted to know was, had he mailed them," said Mayor Smith.

Chief Green clarified no one could cash the checks because they're made out to the Timpson Volunteer Fire Department.

A motion carried to allow Misty Burgess, Debra Smith, and Paula Mullins to handle both income and expense transactions for the Timpson Volunteer Fire Department.

Earlier in the meeting Marilyn Corder updated the council on plans for Frontier Days this year, including there won't be a carnival this year since the company that usually has provided the service sold out.

"We're going to have Frontier Day one day this time, and it's going to be on the 3rd of July. We will have gospel singing the 2nd of July at the First Baptist Church, Friday evening," said Corder. "We have no carnival anymore, the guy sold out, so we are looking for a carnival to replace him," said Corder.

Corder explained there will be some activities for children that will have no charge.

A band is planned to perform in the evening and the annual cake auction is also scheduled.

"Last month, or the month before we talked about doing something with the vehicles that had been utilized by the police department in the past and it was suggested that we donate the older one to the sheriff's department, which I believe is going to go to the constable, but basically they get donated to the county and distributed to their department as they see fit," said Mayor Smith. "I talked to Judge [Allison] Harbison and she said that yes the constable's office does need one."

Mayor Smith said she spoke with Judge Harbison about the 2019 model Tahoe and she noted the agenda for the upcoming commissioners' court meeting has the county paying the $37,082.17, which is $15,000 over what the city of Timpson owes for the vehicle. 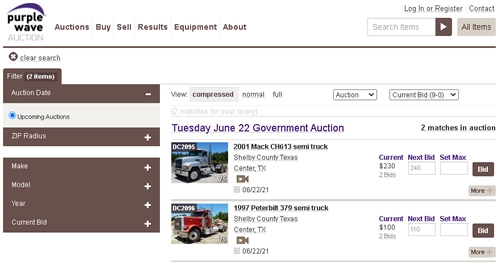 June 15, 2021 - Shelby County Commissioner Precinct 2 Jimmy Lout has two semi trucks listed on Purplewave Auction website and bidding has started. The items are a 2001 Mack CH613 semi truck and a 1997 Peterbilt 379 semi truck. To view the auction items online which includes details and photos of the items, click here.

June 14, 2021 - The Shelby County Sheriff’s Office has received a report of a new scam that is circulating in our area.

The caller is stating he is with the Lions Club International Grant Fund. The caller will tell you that you have won a large sum of money but in order to obtain it, you will be required to pay a fee upfront for the transfer to take place. In order to complete the transfer, you are required to send money through prepaid debit cards, Google Play cards, etc.

This is a scam. Do not play into this. You will lose your money!

Unfortunately, the SCSO has no way of tracking the individual(s) who are doing this. Please be wise and do not give them your banking information, credit cards numbers or any personal identifiers.

Make sure your family, friends and especially the elderly are aware of this scam. If you have any questions, please contact our office at 936-598-5601.

June 14, 2021 - Purina Animal Nutrition is initiating a very limited voluntary recall of one lot of Purina® RangeLand® 30-13 (125#) beef cattle feed. This recall is being initiated as a precaution related to tubs that are too soft, allowing over-consumption, which could result in urea toxicity.

Purina Animal Nutrition received reports from customers claiming the feed may have resulted in poor health and/or death.

Elevated urea levels can cause health issues and potential death in cattle. Symptoms of excess urea may include muscle tremors (especially of the face and ears), abdominal pain, frothy salivation, polyuria, and bruxism (grinding of teeth).

The affected product and lot number is:

The affected feed was manufactured by Purina Animal Nutrition on March 19, 2021.

Customers can find the lot number on the side of each tub.

Customers who purchased this product are instructed stop feeding and to destroy or return it to the point of purchase. 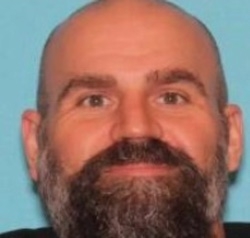 Blue Alerts are designed to speed in the apprehension of violent criminals who kill or seriously wound local, state, or federal law enforcement officers.

June 8, 2021 - According to the Texas DSHS Covid-19 Dashboard, during the first eight days of June there have been 2 new deaths, 10 new cases, and 7 new recoveries reported.

Currently, the sign which is beside the courthouse is in deteriorating condition since it was damaged during Hurricane Laura in 2020.

A motion carried by the commissioners to approve $34,140 out of contingency fund to cover the expense of tearing the current sign down and replacing it with a digital message board.

"The thing about it is, the sign, I'm going to be able to put on whatever I want to on my computer. Like every few seconds it'll flash you know date and time, or time and temperature," said Judge Allison Harbison.

Holidays, cancelled court, burn bans, and election information were several suggested messages that may run on the electronic sign.

Previous to the approval, Commissioner Roscoe McSwain confirmed with Ann Blackwell, Treasurer, the amount of money remaining in the contingency fund to be $46,704.

Commissioner Tom Bellmyer said he is in favor of replacing the sign and he also would like the county to consider looking at the courthouse clock for repair in the eventual future, since the historic commission was so successful with the clock on the historic courthouse grounds.

The meeting entered executive session and upon returning to open session, Judge Harbison stated the commissioners discussed the county's tax abatement policy and possibly amending it at a later date. No action was taken.

Judge Harbison enlightened the court the Texas Commission on Jail Standards has now designated the Shelby County Jail as compliant once again.

"We got a clean bill of health from the jail inspectors, so our jail is now compliant. So, that's good news," said Judge Harbison.

During the May 26 meeting, although no action was taken, the commissioners entered into executive session and upon returning Judge Harbison stated Keri Shofner was no longer going to hold the position of Emergency Management Coordinator. Judge Harbison stated she now had a little more direction on where to look and what to do.

June 8, 2021 - Please be aware that TxDOT will be closing FM 2787 in Joaquin tomorrow, Wednesday, June 9th so that Union Pacific Railroad can make repairs at the railroad crossing. The closure will be from 8 am until 5 pm. Traffic control will be in place with signage to alert motorists of the closure.

June 8, 2021 - At 11:15am on Tuesday, June 8, 2021, the National Weather Service in Shreveport has issued a Severe Thunderstorm Warning until noon. At 11:14 AM CDT, severe thunderstorms were located along a line extending from Pinehill to near Garrison to Nacogdoches, moving east at 35 mph. Radar indicated 60 mph winds gusts which can cause damage to roofs, siding, and trees.

For your protection move to an interior room on the lowest floor of a building.

Torrential rainfall is occurring with these storms, and may lead to flash flooding. Do not drive your vehicle through flooded roadways.