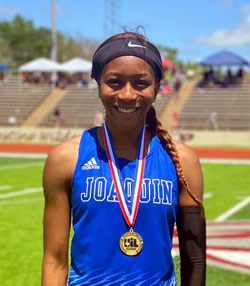 April 27, 2021 - The Texas 2A Region III Track Meet was hosted by Palestine High School this past weekend, and Joaquin's Victoria Byrd was the Region III Champion in three events (Long Jump, 100m, 200m) qualifying her for the state meet.

She set the bar high in long jump with a mark of 18' 3", which is her best mark of the season. She also set PRs in the regional prelims in the 100m with a time of (12.28) and in the 200m with a time of (25.3). She has established herself as one of the fastest in 2A in the state. She will compete at the State Track Meet on May 7th at Mike Myers Stadium in Austin, Texas.

We are PROUD of her, and wish her the best at the state competition. 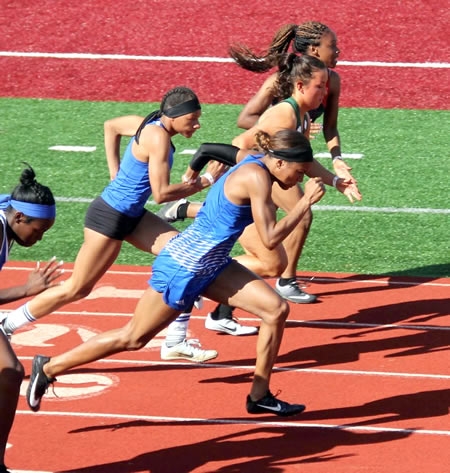 April 27, 2021 - The Joaquin Lady Rams will compete in the 2021 Playoff's Bi-District Round on Friday and Saturday at Nacogdoches High School against Douglass. 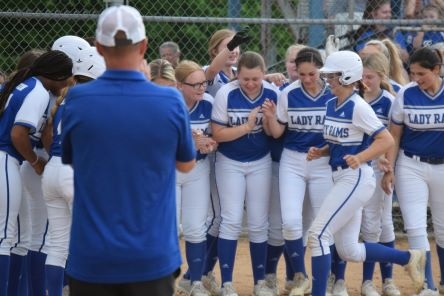 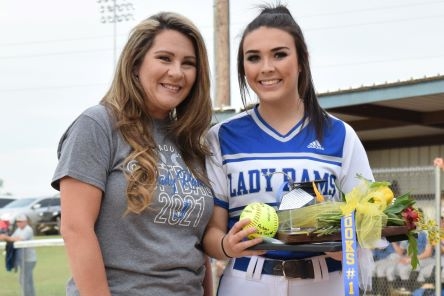 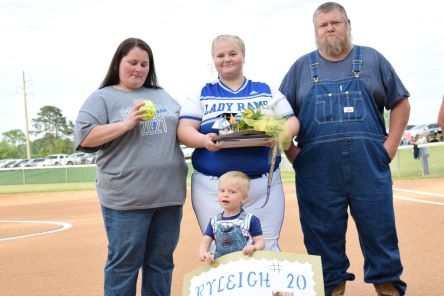 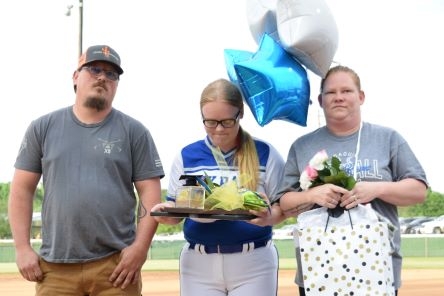 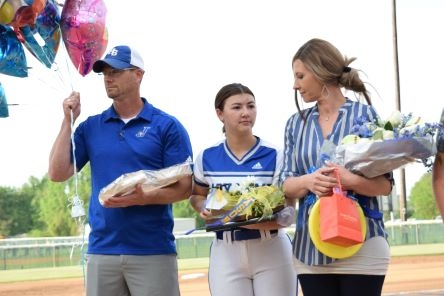 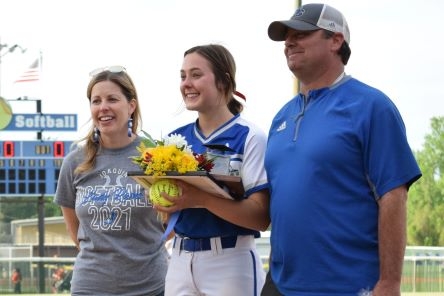 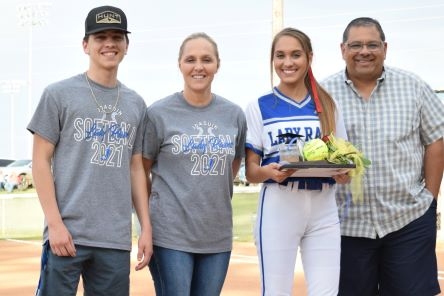 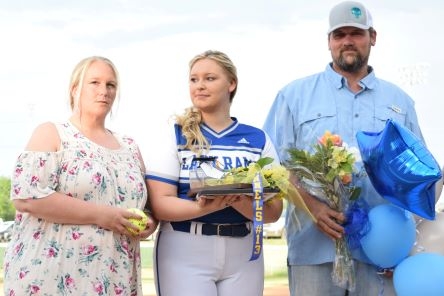 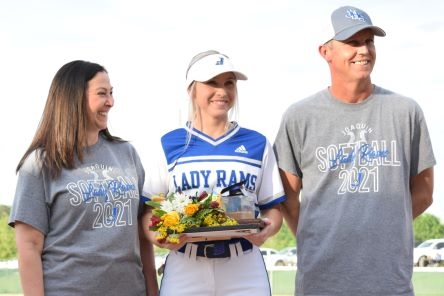 April 25, 2021 - The start time for the Joaquin Lady Rams softball game vs. Beckville scheduled for Monday, April 26th has changed. Game time has been moved to 7:00 p.m. with Senior night starting at 6:30 p.m.

April 23, 2021 - Tenaha ISD announces an update to the track schedule. 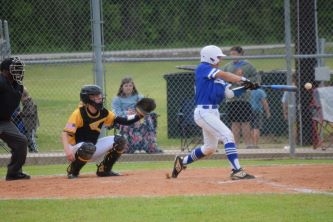 The Timpson Bears fell to the Joaquin Rams Varsity Baseball team in two run-rule shortened contest. Joaquin was able to take a 15-5 win in five innings in Game 1 and a 10-0 win in 4 ½ innings in Game 2.

Game 1 was close and Timpson trailed 7-4 until Joaquin scored five runs in the top of the fourth inning to take a 12-4 lead. Timpson scored their final run of the day when Hunter Tipton led off the inning with a single and advanced to thrd on a throwing error. He later tagged up and scored on a long sacrifice fly ball by teammate Caden Soloman.

The Rams where patient at the plate and Drew Fuller and Jairo Blanco led off the top of the fifth inning with free bases. They were driven in when Malik Stotts tripled. Stotts later scored himself on a sacrifice fly and Joaquin led 15-5. The contest was later ended by mercy-rule when Timpson failed to score in the bottom half of the inning.

Game 2 was similar as Joaquin led 3-0 in the first inning, 7-0 by the second inning and they took a 10-0 lead by the third inning. Their defense held to end the game by mercy rule once again.

The teams are now in a four-way tie for fourth place in the conference, with each other, as well as Woden and Martinsville High Schools. They each have a 7-7 District 23 2A standing.

Timpson will travel to Garrison to face the Bulldogs Tuesday at 6 p.m. 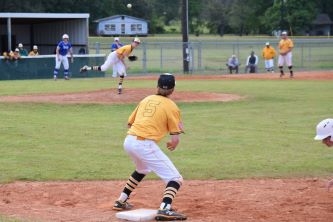 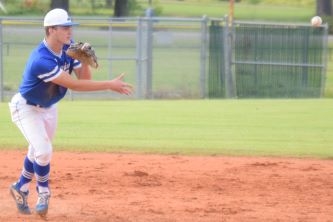 April 21, 2021 - The Joaquin Lady Ram softball game versus Beckville originally scheduled for Friday, April 23rd has been moved to Monday, April 26th at 5:30pm in Joaquin. Senior girls will also be recognized at this time prior to the start of the game. 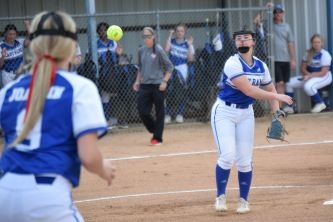 The Joaquin Lady Rams took a 10-0 District 23 2A varsity softball win over the visiting Shelbyville Lady Dragons on Tuesday. Joaquin Senior pitcher Chloee Mason earned the win and recorded 8 strikeouts on the day while allowing no free bases.

Ebbie McCann led off the bottom of the first inning with an infield hit and later scored the game’s first run. Joaquin led 1-0 until Juli King scored in the bottom of the second after reaching base on a double. 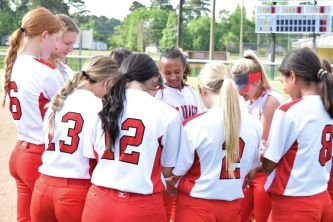 Joaquin had 8 hits and took advantage of 6 free bases during the contest. Shelbyville hit safely 4 times.

Joaquin will host the Beckville Lady Bearcats next Friday, at Joaquin, at 5:30 p.m.. Joaquin is now 21-1 overall and 13-0 in district competition. 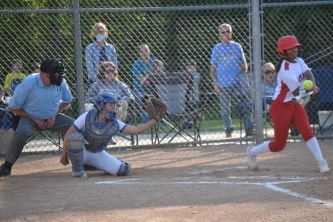 April 20, 2021 - The Roughrider Sports Team is proud to announce it is carrying the Rider Baseball District Season!

Coverage begins tonight as the Roughriders take on the Jasper Bulldogs in Jasper. Game begins at 7pm; pregame begins at 6:40pm.

Special guests include Coach Kyle Thornell, starting pitcher Jase Bird, the members of the 4x100 and 4x200 Area Champion Relay team and the Ford Tough Player of the Game.

It's all on Twitch.TV. Log on to Twitch and type roughridersports into the search bar or click here.