In May 2020 the Texas Commission on Jail Standards issued an inspection report of non-compliance to the Shelby County Jail in reference to two issues. The first was a review of medical files suggested jail staff were not properly filling out Medical/Mental/Development Impairment screening forms in their entirety at that time and making required notifications.

The second was that secure jail doors had false secure door indicators on the control board.

Judge Harbison asked Sheriff Kevin Windham for an update on the situation involving the jail.

"Initially the bill was for $108,000 is what they were charging the county, and when they came over to start repairing the locks, they was having to do some fabrication work which was unacceptable," said Sheriff Windham. "Then they sent another technician down, and we found out that it was not the actual locks. The defects were in the switches."

According to Windham, the county had already paid $54,000 to the company which was manufacturing the locks and the county should be reimbursed $30,000 from Montgomery Technology Systems. Six switches had to be replaced.

The discovery of the switches being the issue to the jail has dramatically reduced the original expected $108,500 expense to around $17,000, according to Sheriff Windham.

"We are compliant," said Windham. "Our new Jail Administrator Don Moore, he's doing a lot of work back in the jail and things are looking good. We've got other issues, don't get me wrong, but as of this date as of December 31, [2020] we are in compliance with the state."

Sheriff Windham remarked he and former Sheriff Willis Blackwell each worked on the issue and were able to get the problem resolved. 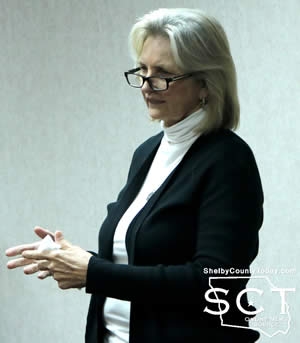 Karren Price, District Attorney, spoke with the commissioners about TechShare which is an integrated software that connects prosecutors with defense attorneys, as well as with law enforcement agencies.

"The software implementation fee is going to be $10,000 to $12,000 that has to be paid up front," said Price. "Lawyers, we are then charged an annual fee dependant upon each lawyer so every lawyer in the county who has access, some entity is responsible for the cost of that."

Price explained her office will have a cost of $4,500 a year going forward, and $2,750 for the County Attorney's office, at this time; however, the price has potential to change and will be prorated once the software is live.

Gary Rholes, County Attorney, asked Price if the software is capable of generating complaints and an information and she confirmed it is able to perform that task.

"All the law enforcement in the county, every constable, every little police department, every officer at the [Sheriff's Office] and at the [Police Department] has immediate complete access to us," said Price. "As long as you have your telephone, or iPad, or a laptop or PC they can talk to us where we are and get advice."

Price described how the prosecutor won't necessarily have to go to a scene, and can actually get the needed report and evidence digitally from the officer.

"It will generate search warrants, affidavits, complaints, indictments, all kinds of motions and the most important thing for us is it gives them access to us," said Price.

Other prosecutors in larger areas have seen resolution of cases sped up by three weeks to a month, according to Price. With the implementation of this new software, Price says she will no longer accept a hard copy from officers, it will only be through the software as it provides a level of accountability for all involved. There will be a log of when a report is submitted, when it's opened, and the status since that time.

Currently there is an expectation the City of Center will be participating in this software purchase, which will help reduce the expected cost. An agreement between the county and city has yet to be approved by either party.

A motion carried by the commissioners to approve $12,000 out of the contingency fund for the up front cost of the software. 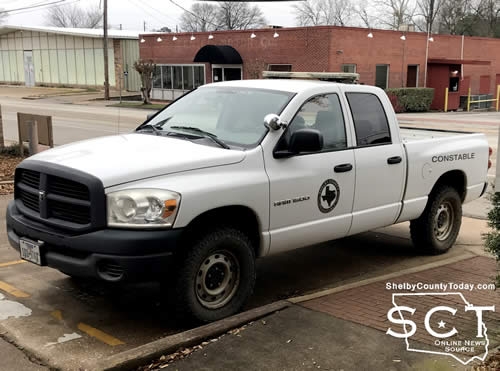 The commissioners discussed the Constable Precinct 5 truck and Roscoe McSwain, Commissioner Precinct 1, informed the court the truck was delivered to Center Automotive Repair and they determined the start issue on the truck had to do with some connections.

McSwain listed several other issues which were addressed including replacing brake pads, repairing a power steering fluid leak, checking all the wheel bearings at a total cost of $453. He said he drove the truck and it seemed to drive well. McSwain did state the vehicle needs a seat.

"Seeing that it is a safe to drive vehicle, and it appears that the mechanic says that it should be reliable that I think in talking with the other commissioners is our advise is that we'll maintain that truck in Precinct 5 for the remainder of this fiscal year," said Tom Bellmyer, Commissioner Precinct 4. "When we go into our budget planning in the spring or in the early summer, we will try to come up with the money to buy him a new vehicle at that time."

Discussion during court touched on the possibility of installing cameras at the Annex building where the District Attorney and County Attorney offices are located as an add-on to the current security system at the courthouse. The expected cost is less than $5,000 and will be presented at a future meeting.

With the beautification project on the Center square nearing completion, the commissioners discussed the possibility of painting the Probation Department building.

An inspection is planned for the building and Tom Bellmyer said he would be willing to participate in the walk-though of the building.

The meeting was adjourned at 10:47am.