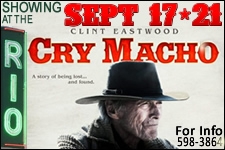 The Unique Boutique, Dollar Days Back to School Sale

July 21, 2021 - The Unique Boutique is having a Dollar Days Back to School Sale!  There are Clothes, Pants, Shoes, Purses, and Dresses for 50% off!  Plus, there will be multiple In-Store deals you do not want to miss out on!  Come by The Unique Boutique and get all your back-to-school needs.  For more information, please call the store at 936-591-8190. 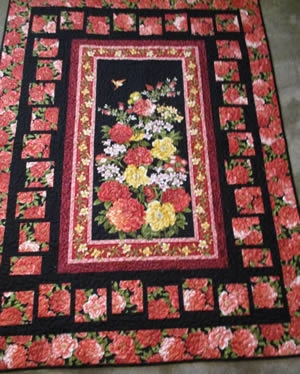 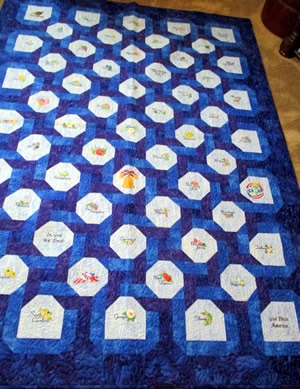 Margaret Smith had two quilts receive blue ribbons in different categories, a State Flowers quilt which displays flowers from each of the states and an Oriental Flower quilt. 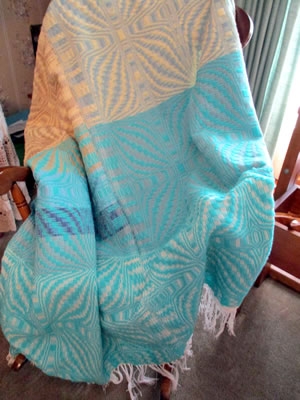 Ellen Manning received a blue ribbon on her hand woven throw that has a butterfly motif. The blue ribbons mean the items can be taken to the 93rd State Conference in September being held in Temple.

Peaches Conway, Annette Johnson, Bobbie Nutt, Walter and Ellen Manning went to the meeting and had responsibilities of leading the relaxer and presenting a part of the program by giving a demonstration on how to join the seams of 4 quilt blocks without making a bulky corner.

At the meeting two clubs, one from Cherokee County — Central High for 90 years and the other Smith County — Dixie Club for 95 years, were honored. This year the XYZ Homemakers Club is celebrating 75 years of being organized and plans to celebrate this milestone during 2021.

If you would like information on participating in the XYZ Homemakers Club, please contact Ellen Manning at 936-598-3081.

July 20, 2021 - The Shelby County Appraisal District office will be closed all day Tuesday, July 20th. The employees will be attending a Legislative Update class in Lufkin.

July 16, 2021 - RIO movie goers received a Christmas-in-July gift last week. The church, Old Salem Missionary Baptist, expressed to the RIO Theatre they would like to donate some tickets to see ‘Spirit Untamed’ for the summer as parents have a lot of extra expenses when the kids are out of school.

Mike and Nita shared, “After the theatre being closed for 15 months and people excited to come back to the theatre, it was an extra treat for the ones that were lucky enough to get the tickets donated by the church. It not only benefited the patrons but the theatre as well so the church gave a double treat with this gift.”

In all, she reported the church donated 85 tickets and made a lot of people happy! The Adkisons both said there were so many that were truly appreciative and expressed a desire to let the church know!

Thank you to Old Salem Missionary Baptist Church from the Rio Family and all the families who benefitted.

July 14, 2021 - As the days come and go in July 2021, the memories of C. H. Daniels High reunions stay on the mind of many of the alumni throughout the states. In 2010 the new committee of the school reunion brought back the reunions to the town after a few years absence.

It was a good time to celebrate years leading to the anniversary of the closing of Daniels in 1968 as the last senior class graduated. However, the class of 1969 were juniors and wanted to be included even though they graduated from the other school. 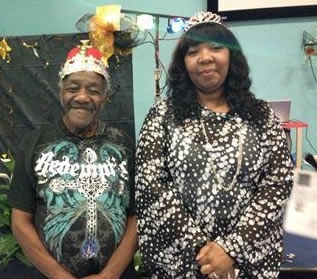 The alumni wanted to ‘Keep the Legacy Alive’. In September 2010 the first reunion with the new committee occurred and many out of town and Center residents attended and had a good time. The class of 1960 was considered the Golden Class with the 50 year anniversary of the class graduation. 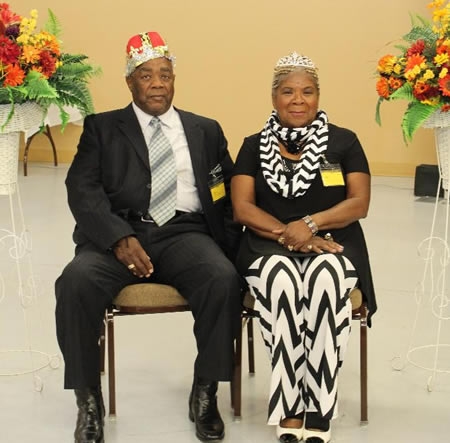 2015 King and Queen, The Mitchells, former teachers at Daniels High

The following year was the Golden Class of 1961. Many pictures were taken of other class groups and everyone appeared to have a good time. At this reunion it was decided to have the event every other year. They occurred in 2013, 2015, 2017, and 2019. That decision made it possible for two classes to be recognized as Golden Classes in the reunions. In 2013, Reunion King and Queen selection began in various ways. 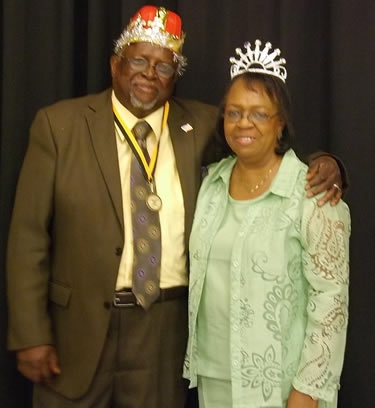 Each year Scholarships were presented to a male and female graduating senior of area schools (students who were descendants of Daniels High alumni). Because of the pandemic, 2021 the next scheduled reunion did not occur. Since all the classes in the 60s have been recognized as Golden, the plan was to have an all school celebration in an effort to show ‘ Daniels High School Matters’. The alumni want to live the words of the school song, “You’ll live forever in our hearts so true”.

It is embarrassing for the alumni to see the campus and buildings of the school in its current bad condition and nothing will be done by the new owner. Perhaps one day it will get better. The best is yet to come to the school building on Greer Street. 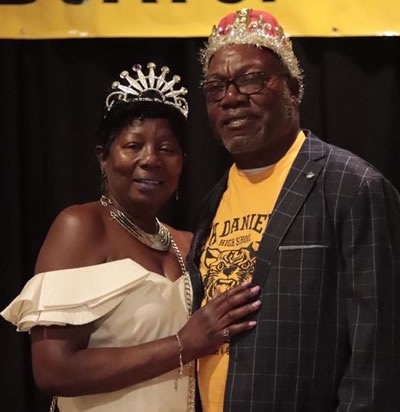 July 13, 2021 - During the year of 2020 with Covid-19 restrictions affecting fundraisers and events, Boos Battle Support Fund was able to distribute over $20,000 to families in need of help during their battle with cancer.

Celeste Lewis shared, "Our foundation means the world to us, and all the families we are able to help along the way. We are so so blessed to be able to have this organization and for our Communities around us that help support this. We couldn’t do it without GOD or you all."

Lewis added thanks for the blessings and support, "God is so good! We would like to thank you all again so very much for showing your love and continued support, because without you all, it wouldn’t happen."

About Boo's Battle Support Fund
Boo's Battle Support Fund was started by the family of Brandi Mills who was diagnosed in February of 2015 with stage 4 metastatic breast cancer at the age of 28. She passed away in June of 2017. They named the non-profit organization they started after Brandi's nickname 'Boo.' All funds raised go to help anyone fighting any type of cancer. With proof of treatment, the organization will help with everyday bills, wigs, travel, etc. According to Boo's Battle Support Fund Facebook page, "When we had her big fundraiser she chose to give to others who were currently fighting cancer so we want to continue her idea and help others in their battle!" For contact information about this organization or to donate, visit https://www.facebook.com/boosbattle/ 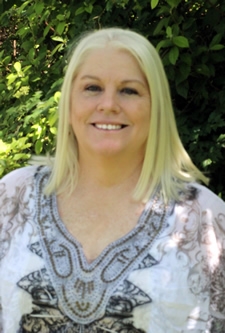 July 7, 2021 - Shelby County Today is very pleased to announce our team is growing with the addition of Cindy Eubank.

Cindy is a native of Shelby County, a Center High School graduate, and brings 20-plus years in customer service skills to SCT. She has a love for her community and is looking forward to serving Shelby County in this new adventure.

J.J. Ford and Scott Flowers are excited to have Cindy join us. Her experience working with businesses and helping them reach their advertising needs is a valuable asset. 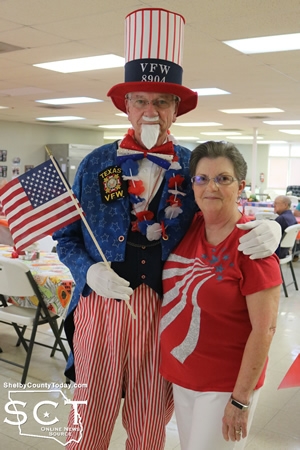 July 4, 2021 - The Senior Nutrition Site hosted a 4th of July Celebration on Friday, July 2nd and had Uncle Sam on site to help with the festivities.

Uncle Sam lead everyone in the Pledge of Allegiance and then recognized any veterans in attendance. Everyone enjoy a meal which was completed with an American Flag inspired cake. Those dressed in red, white, and blue received prizes for their patriotic attire.

To view more photos from the event, click here. 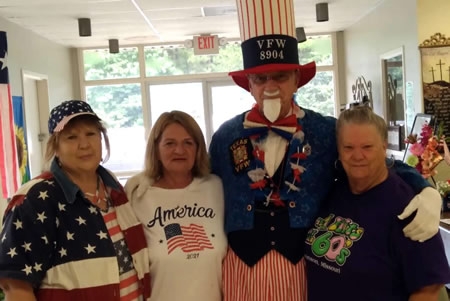 July 4, 2021 - Shelby County criminal defense lawyers Deck Jones, Jeff Adams, April Prince and Stephen Shires gathered at the front of the Historic Shelby County Courthouse July 2, 2021 to give a ceremonial reading of the Declaration of Independence and the Bill of Rights. 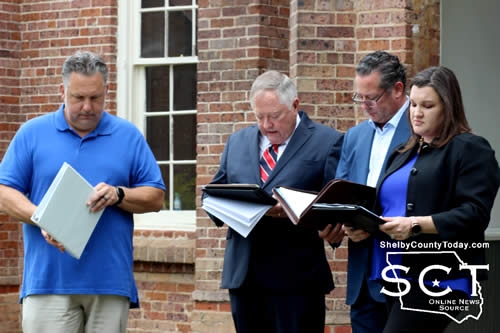 The Texas Criminal Defense Lawyers Association has encouraged this annual event since 2016 across the state of Texas.

An audience gathered in front of the courthouse to hear the lawyers recite the Declaration of Independence and the Bill of Rights. Although a heavy rain moved in on the event, the lawyers pushed through until they completed their task. 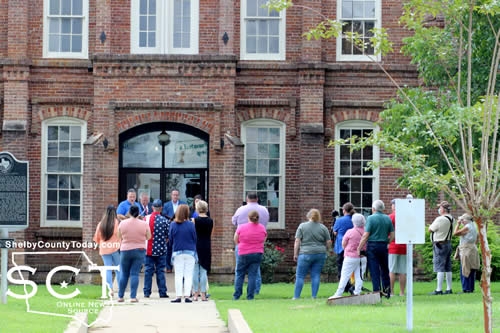 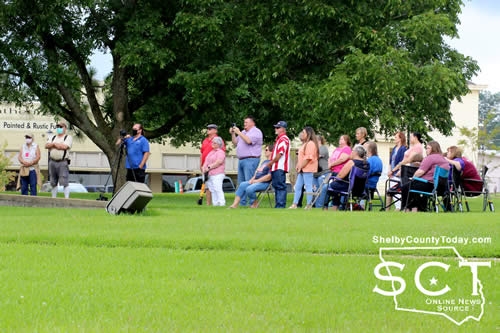 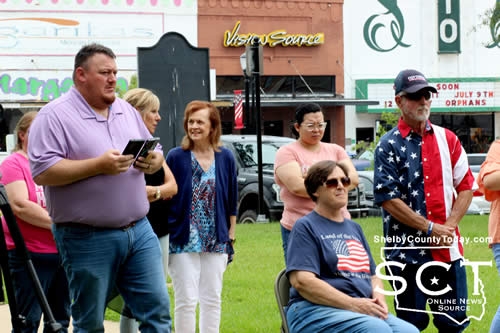 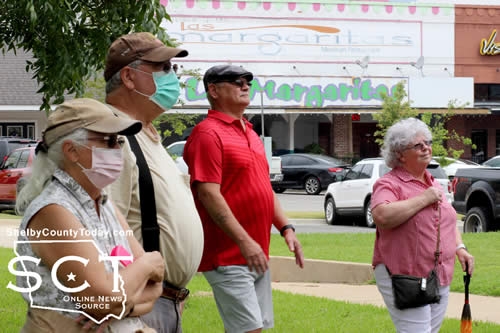 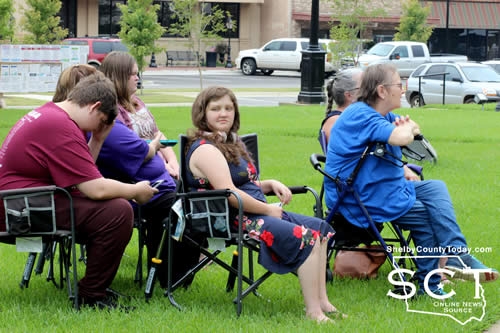 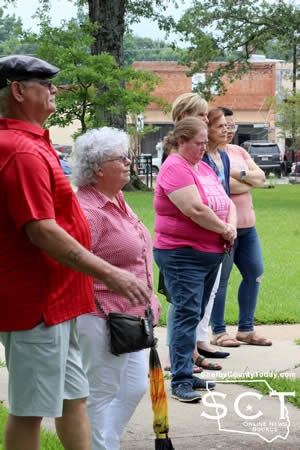