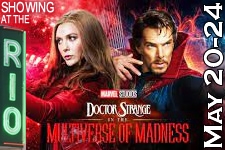 May 7, 2015 - The Bone Hill Foundation would like to congratulate all Seniors Graduating from Center, Timpson, Shelbyville, Joaquin, and Tenaha. We encourage all graduates to seek out further education in College or Vocational Schools to prepare you for the future.

The Bone Hill Foundation was established in 1967 by Will Bridges with the goal of helping those in need. Originally this property was called the Bone Hill Ranch.

During a very long drought many cows died and were dragged to the top of a hill. The story goes that since the land was more Pasteur than timber that for miles around a person could see the white bones of the cows and thus the name stuck. Bone Hill Ranch.

In 1991, the board was reorganized and the focus was placed on scholarships for students to attend Traditional colleges or Vocational Colleges.

These scholarships have been awarded to high school seniors thru an application process and a committee in their local high school that makes all final selections. The Bone Hill Foundation does not select students for scholarships.

Additionally funds have been given in the past to Stephen F. Austin University, Angelina College and Panola College.

A major part of Bone Hill assets and what generates cash flow for the foundation is timber resources. Working closely with Stephen F. Austin University and their Forestry Department and Professor and Bone Hill Foundation board member Gary Konrad, the foundation has developed a management plan that includes timber resources, wildlife and the entire property providing a balanced plan for timber and the surrounding natural resources.

The management and sale of timber provides income to the Foundation, job creation in the timber industry and most importantly scholarships for students from Shelby County.

The Bone Hill Foundation has provided over $2,800,000 in scholarships for Shelby County Students. May 7, 2015 (Photo by Sean Martin) - Yanci Hendricks was the winner of the 2015 East Texas Peace Officers Association (ETPOA) Annual raffle. This is the second time she has won and she was presented with her Ruger 22-250 by Walter Shofner on May 1, 2015. The drawing was held on April 15 and the proceeds go to the ETPOA scholarship fund. Shofner expressed appreciation to everyone that purchased tickets and San Augustine gun shop who helped with the gun.

The scholarship is $1,000 per recipient with $500 given initially and at mid-term the remaining $500 is given to the student once they have submitted their grade point average.

The ETPOA Conference will be held June 28th, 29th, 30th at the John D. Windham Civic Center. A blood drive will be held on the 29th and the public is welcome. May 6, 2015 - Roughrider Scholarship Foundation (RSF) board trustees, family, and friends gathered in front of the display case in the front foyer of Center High School to honor the memory of Patrick O'Neal Buddin who passed away in September of last year. Fred Wulf began the plaque presentation ceremony by saying, "I want to talk about a dear friend, Pat Buddin, who we lost last year. Steve Tinkle and I have always been good friends with Pat. We got together one day and said we need to do something." Wulf went on to say they both decided to honor Buddin by establishing a Roughrider Scholarship in his name.

"Anyways, we started out raising money and it was probably the fastest I've ever raised money for anybody ever. We got well over $5,000 just quickly and Portacool came along and chipped in another $5,000. Then not long after that Peggy [Buddin], Jason [Buddin], and Adrienne [Buddin Schoelpple] contributed $5,000 each as well. So, Pat will have a silver plaque [in the display case]," reported Wulf.

Finishing his recount of his friend, Wulf disclosed, "[He] was always happy, always helping people, and helping people nobody knew he was helping. We have this plaque, which is a tribute to his memory, and there will be scholarships given in his name."

Alease Copelin, Center ISD counselor, announced scholarship night to be May 12th and scholarships will be presented starting this year in Buddin's name. After photos Peggy Buddin, the wife of Pat Buddin, wanted to express her appreciation, "I would just like to say thank you to the people of Center for their goodness and kindness to us. We came here in [19]67 right after we got married and Dr. Chadwick and Robert Earl Watson approached Pat to ask him about going into business for himself and of course they wanted to be partners. So, that's how our company got started. We are just grateful for their support and their trust in him. The people in Center for what they have done to help make our company what it is and I'm proud to say we now have 63 offices in the state of Texas and thanks to the company, Pat was able to be generous and giving to so many people. We are just grateful and thankful to the people of Center."

Mrs. Buddin also acknowledge Fred Wulf and Steve Tinkle for their efforts in getting the scholarship going in Pat Buddin's memory. She also gave appreciation to her children for taking over the business. Larry Hume, Post Quartermaster, led the ceremony and remarked on being at the site in 2014 for Loyalty Day just previous to the replacement of the then old flag pole and in honor of Pam White, "Unfortunately we had a very tragic incident on April the 29th when Pam White passed away and on Loyalty Day last year we dedicated the flag pole to her."

Hume indicated a plaque on the flag pole in memory of White which reads, 'In Memory of Pam White, Shelby County Outreach Ministries, 1995-2014.'

"Today we want to remember Pam also and we replaced the U.S. flag not long ago but we thought the Texas flag could stand a little facelift," said Hume.

Gene Hutto, Post Chaplain, and Mike Langford, Post Commander, lowered the Texas flag and in honor of both Loyalty Day and Pam White and hoisted the new Texas flag. May 6, 2015 - Preceptor Upsilon chapter of Beta Sigma Phi presents their annual donation to Sandra Davis, library director at the Fannie Brown Booth Memorial Library in the amount of $5,500. Preceptor Upsilon would like to thank the many local businesses and individuals that made their fundraiser such a great success. The annual fundraiser benefits the library and other community projects. May 4, 2015 - Another year has come and gone as Willow Grove Cemetery Homecoming was held Saturday, May 2, 2015. First of all, we would like to thank everyone who was able to come and to everyone who sent a donation. If, by chance, you missed it Mr. Willie Edwards will still take donations at PO Box 71 Joaquin, Texas 75954. We would like everyone to know that we are currently awaiting the mapping and the plotting of each existing grave and reserved grave, as well as all available future grave sites. Once we receive the map a covered metal structure will be built to display the map of the cemetery.

We voted to fill out an application with the State of Texas Historical Society to set a historical marker at our cemetery. Mitzi Edwards, recently named to the committee, will be our contact person for this project. However, she needs everyone’s help. A five page report on the cemetery and those buried there must be turned in among many other items. So, think of the stories and history that people have told you and share with her. Examples of those could be my Grandpa was a Confederate soldier, my mother sang with…, Davy Crocket camped here, etc. Please take time and think, record and send stories to Mitzi Edwards at ….mkay_0110@yahoo.com or you can send to her address: 4928 Scott Drive Greenwood, LA 71033.

We thank Mr. Lennis Holt who freely gives of his time and machinery to keep the “back forty” maintained. When you see him give him a big shout out!

And finally, we thank everyone who has an interest and cares for our cemetery, We thank the Lord for our loved ones and the opportunity to serve and carry on. Let us encourage each other and our younger generations to be actively involved. Hope this updates our progress and will be looking forward to next year and seeing all of you. May 4, 2015 - Delta Gamma, local chapter of women in education honor society, will be collecting used cell phones for soldiers. The Cell Phones for Soldiers Project is a worldwide nonprofit group that distributes free telephone international calling cards to U.S. troops serving overseas. Every phone donated to this group generates about an hour of talk time for a soldier abroad. They accept all types of cell phones from any carrier. They do not collect accessories. All cell phones donated are sold either to an electronic refurbisher or a recycler. If the cell phone has a SIM card, it should be removed prior to donating. Any information remaining on the phone will be wiped off upon arrival to the company.

Cell Phones for Soldiers was founded in 2004 by by teenagers Robbie and Brittany Bergquist from Norwell, Massachusetts. The organization has raised well over two million dollars and has distributed more than 500,000 prepaid calling cards. Robbie and Brittany are adults now. They have received many awards. Their parents were both teachers. Check the website for more information- http://www.cellphonesforsoldiers.com.

Delta Gamma have drop boxes for used cell phones located in many area schools- Timpson Elementary, Joaquin Elementary, Tenaha High School, and at Planetary IT computer tech business. Thanks to everyone that can donate to this worthy cause.

Hail and damaging winds in Center and in the County on 4-19-2015
Total Rainfall through April is 30.33 inches

April 29, 2015 - Cline Family Medicine welcomes Laura Briggs, ACNP-BC who has been a great addition to the team since December of 2014. In 2013, Laura graduated with a Master’s of Science in Nursing. She is ANCC board certified as an acute care nurse practitioner. She has worked in internal medicine for one year. Laura moved to Desoto Parish/Logansport area about 12 ½ years ago. She currently lives in Joaquin with her 6 year old daughter. She is involved in her church and feels her faith, family and friends are the most important parts of her life. She has a passion for delivering high quality personalized health care.

Briggs expresses her joy, “I feel honored and it is a privilege to serve the same community I live in.”