Update for Jury Summons for January 10

The Jurors summoned to the Windham Civic Center at 10am on Monday, January 10, 2022, should still report for jury service.

December 31, 2021 - The City of Center Public Water System, PWS #2100001, will be conducting water system maintenance beginning January 1, 2022, and lasting until January 31, 2022. The system will be switching to free chlorine as its main disinfection.

This maintenance which is not a requirement, but is the recommended course of action set by the TCEQ/EPA for the accumulation of disinfection byproducts.

This is a routine maintenance procedure performed to help reduce unstable water conditions in our system and insure the highest quality of water being delivered to our customers.

During this maintenance period you may notice an odor or slight discoloration, but the safety of the water will not be affected. City maintenance crews and the Fire Department will also be aggressively flushing hydrants throughout the City’s distribution system.

If you have any questions or concerns, feel free to contact our Public Works Department at 936-598-5241.

January 5, 2022 - The Texas DSHS Covid-19 Dashboard reported 14 new cases on January 5th. The active cases rose to 196. There were only 2 recoveries reported. 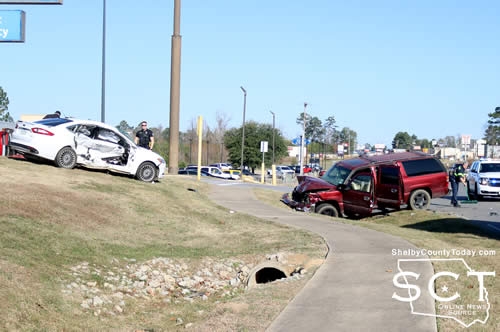 January 5, 2021 - Hurst Street in Center was the scene of a major two-vehicle collision Wednesday, January 5, 2022, at the entrance to McDonalds and Walmart.

Following the collision, both vehicles were left disabled and off the roadway one in a ditch and the other on a hill.

According to Center Police Officer Brian Wright, at 9:58am a white 2014 Ford Fusion driven by Deryl Bishop, 94, of Joaquin was northbound on Hurst Street preparing to turn left from the median into the Walmart parking lot entrance. 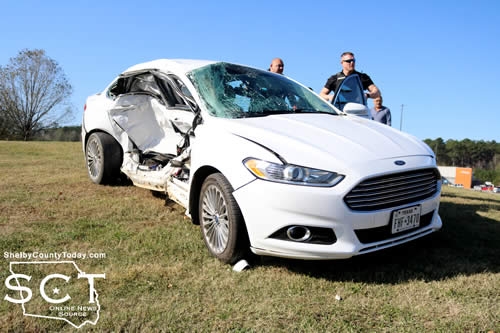 As Bishop attempted to turn into the entrance to the parking lot, the Fusion traveled in front of a maroon 2003 GMC Yukon driven by Fidencia Deleon-Dominguez, 54, of Center that was southbound in the inside lane. The Yukon collided with the passenger side of the Ford and pushed it off the roadway to the right where the Yukon came to rest in a ditch and the Ford came to rest at the top of a hill just beyond the ditch.

No citations were issued at the time of the crash and both vehicles were towed from the scene.

According to TxDOT crash data, there have been 31 crashes at the location of the incident since 2016. 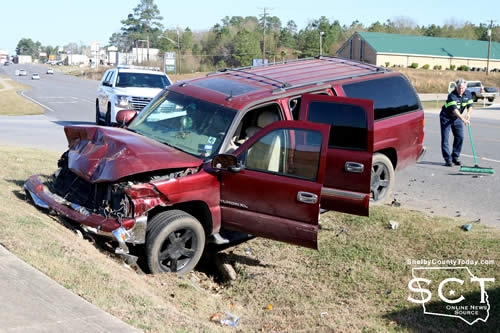 In May 2021, TxDOT Commissioners approved projects in Shelby County which included the installation of a traffic light at this same intersection. Construction on this project doesn't appear to have yet begun. 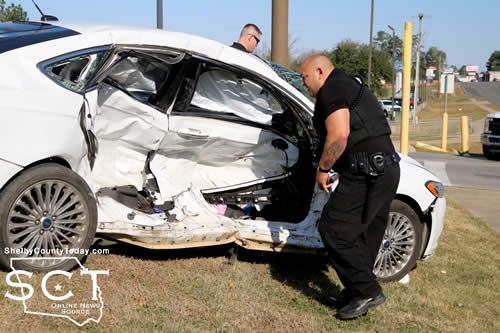 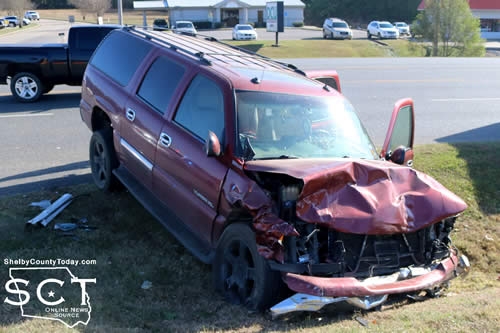 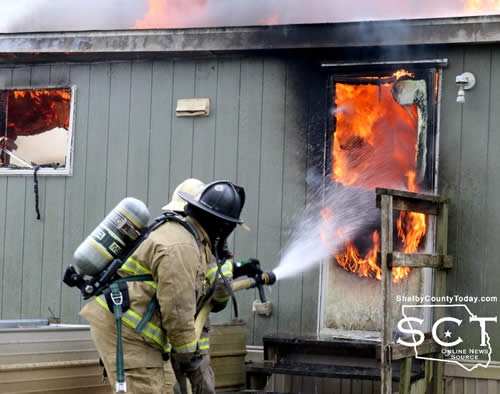 Neighbors to the property saw smoke emanating from the residence. They banged on the doors and walls of the house to try and alert the owner of the home there was a fire; however, no one was home. 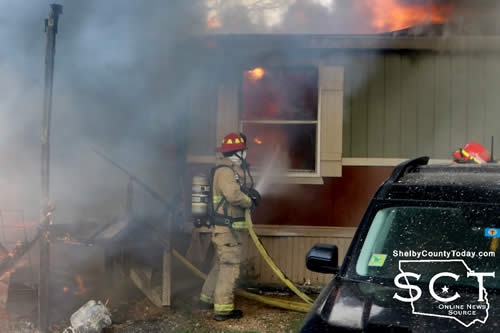 They called 911 and the Center Fire Department responded. Upon arrival, the fire was fully involved. Fire personnel donned SCBA (Self Contained Breathing Apparatus) to provide oxygen so they could fight the fire more closely without inhaling large amounts of smoke.

As the fire fighters worked at putting out the flames and sought out hot spots around the home, the property owners arrived and were visibly shocked and horrified to find their home engulfed in flames. 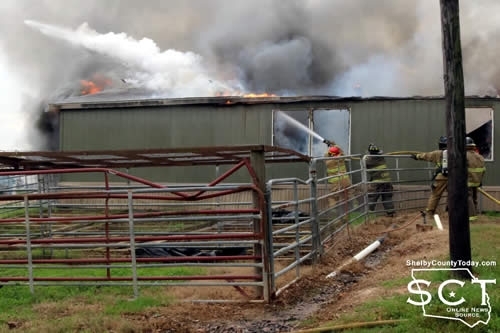 Fire personnel were able to move a van that was parked beside the house away from the fire and assisted the property owner in moving a Bronco away from the front of the house.

According to the fire department, the fire appeared to have started in the middle of the house. 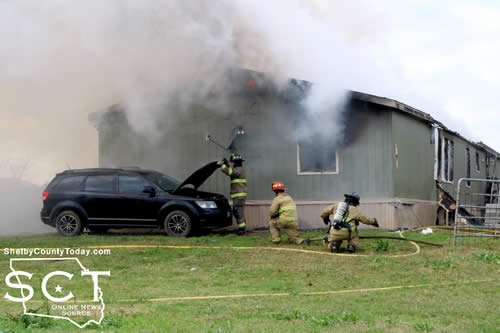 The owners indicated there were two pets within the home during the fire; however, the fire was too far along for them to have been saved. The fire fighters were able to extinguish the fire and prevent further spread to other buildings on the property. The fire department confirmed the house was a total loss.

The fire personnel returned to service at 3:40pm. 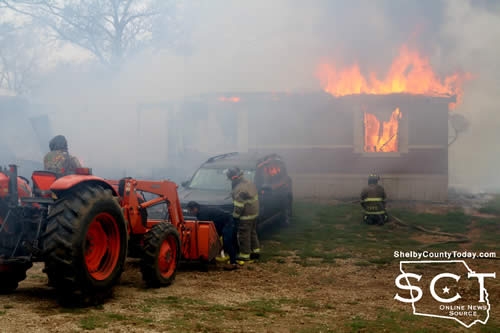 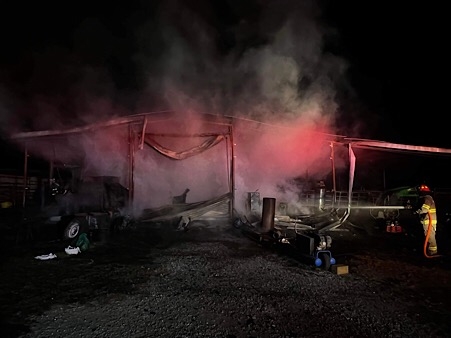 January 4, 2021 - The Joaquin Volunteer Fire Department (JVFD) responded to a barn on fire on County Road 3524 in Joaquin at 11:05pm on January 3, 2022. The fire burned much of the tools and equipment stored inside, but no one was harmed.

The JVFD were assisted by the neighboring DeSoto Fire District #1 from Logansport. 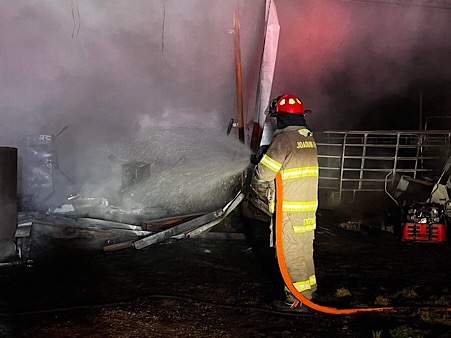 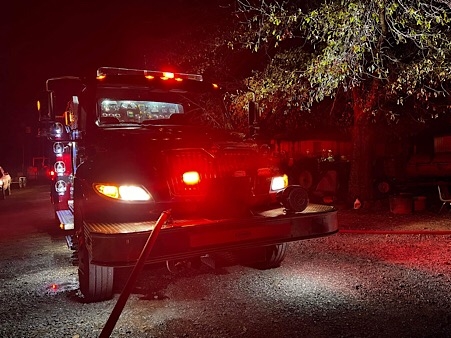