February 16, 2022 - Center's Varsity tennis travelled to the Tyler Legacy tournament which hosted 30 schools on February 11. The tournament used 8 sites in Tyler and was full of great competition.

Outstanding performance and other results are as follows:

The Varsity team will travel to Tyler on Friday, February 18 to compete in the Tyler High School Tournament hosting 12 schools.

The Tennis Junior Varsity team competed with Carthage yesterday, February 15th at home for match play. Center finished with 16 wins and 1 loss. The JV team will be traveling on March 1st to Whitehouse.

Thank you and Go Riders!!

The Center Lady Roughriders hosted the Timpson Lady Bears in a cross-county varsity softball game on Tuesday. Center took a 1-0 lead in the bottom of the first inning when Sayre Hall reached base on an infield error and was driven in by ShaKaidria Hubbard.

CHS was able to extend their advantage to 3-0 in the bottom of the third frame when Jakeivia Johnson drove in Hall and Hubbard for two more runs.

Center later added a run in the fourth. By the sixth inning CHS led 6-0 but Timpson fought back with a run during a rally in the top of the seventh inning.

Timpson's Alexis Grigsby pitched the complete game for the Lady Bears striking out six batters and she scored the teams sole run with an inside the park homer in the sixth frame. The Lady Bears gave up 9 hits and one walk in the loss.

The Lady Bears, who still have players out who are participating in the UIL basketball playoffs, gave up nine hits, struck out six Center batters and only allowed one walk.

The Lady Bears will host the Cushing Lady Bearkats next Monday, February 21, 2022 at 5 p.m.

Center will travel to the Carthage Lady Bulldogs tournament being held February 17-19. 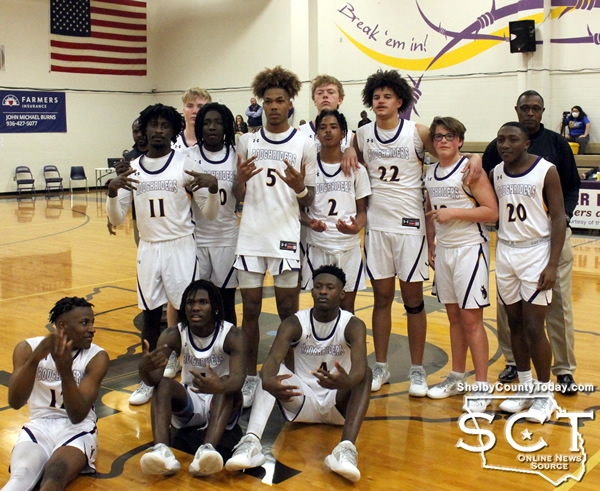 February 15, 2022 (Photos) - The Center Roughriders Varsity Basketball team defeated the Jasper Bulldogs at home for the 4A Region 3 District 17 Championship 58-49 on Tuesday, February 15, 2022.

The Riders were the first to score a minute into the game with #5 Makel Johnson making two free throw shots after a foul was called against Jasper. The next score came from #1 MarMar Evans throwing to #5 Johnson under the basket and Johnson got it in for another 2 points. Scoring was slow for both teams in the 1st period ending with the Riders up by 1 point, 6-5.

Second period action picked up with the Riders scoring 12 points to Jasper’s 8 points for the period with a minute left till the half and Center leading 18 to 13. Roughrider #15 Dean Lester recovered the ball after a failed attempt by the Bulldogs to score and tossed the ball to #13 Carson Bush who charged down the court scoring 2 points bringing the Riders to 20. The 2nd period ended with the Riders 22 and Jasper 18.

After the half, Center’s #12 BoBo Gipson was the first to score after a rebound by #22 Kedrin Hinson from Jasper who passed the ball and #1 Evans drove in to score, missing, with Gipson recovering and putting the ball back in the basket. Scoring action continued in the 3rd period with the Riders outscoring the Bulldogs 21 points to 8 points. The period ended with Makel Johnson recovering the ball and tossing in for 2 points as the buzzer sounded.

The 4th period began with Center 43 to Jasper 26. Jasper rallied in the final period outscoring Center for the first time in the game by 23 to 15; however, it wasn’t enough to close the spread and Center won the District Championship game for 1st place!

After the game, senior players and athletic trainers were recognized. The team is coached by Head Coach Hiram Harrison and assistant coaches Alex Munoz, Tony Turner, and Michael Cloudy.

The team has a 21-9 record overall for the season and 8-2 record for the district.

February 15, 2022 - The Roughrider Radio team will present the final district game of the Roughrider basketball season tonight. With a win, the riders will be district champions! 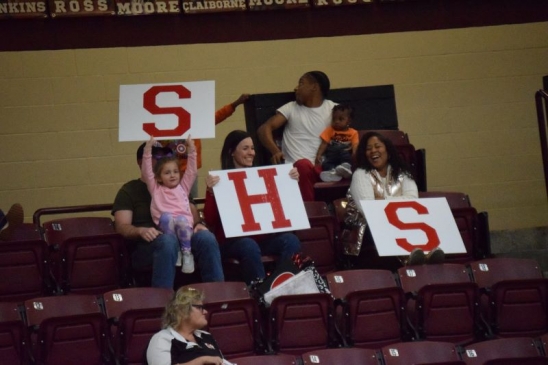 The Tenaha Tigers varsity basketball team improved their District 23 2A record to 9-2 with a 73-52 win over the Shelbyville Dragons on Friday. The Tigers took a 21-8 lead by the end of the first quarter and improved their lead to 40-20 by the halftime intermission.

Shelbyville got 12 points during the third quarter from Micheal Carillo and this helped them outpace Tenaha 18-16 points during the frame but the Dragons still trailed the Tigers 56-38 going into the final quarter of play.

The Tigers had three players who scored in double figures. Ja’Tyrian Moore had a game-high 26 points, teammate Jordan Ross had 16 and Jeremy Evans 15. Shelbyville was led by Micheal Carrillo with 25 points.

Tenaha will travel to Martinsville for a 6 p.m. tipoff at Pirates Gymnasium on Tuesday, February 15, 2022.

Shelbyville will host the Joaquin Rams on Tuesday at 6 p.m. in Dragons Gymnasium.

Tickets will be sold at the door for $4 adults and $2 students.

February 10, 2022 - The Joaquin Rams will start their tennis season for 2022 in Gary on March 14, 2022. The team is lead by Head Coach Jared Jones and Assistant Coach Kaitlyn Martinez. Boys Athletic Director is Wade Lawson and Girls Athletic Director is Steven McCann. To view the full schedule, click here.

February 9, 2022 - The Center Junior Varsity tournament hosted by Kilgore had 20 teams and Center was spread out over 4 sites.

The results were as follows:

Overall, Center had top 3 finishes in 4 out of 10 brackets. Good showing and very competitive tournament with 4A, 5A and 6A schools in attendance. 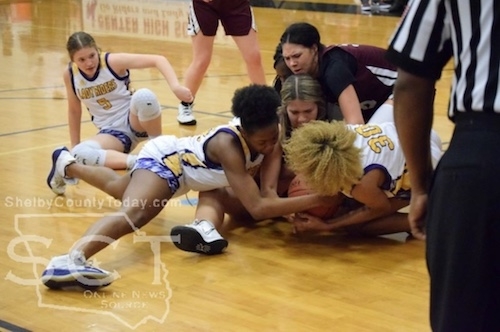 The Center Lady Roughriders varsity basketball team took a hard fought 48-35 point win over the visiting Hudson Lady Hornets on Tuesday. The Lady Roughriders jumped out to an early 4-0 lead and led 6-3 midway through the first period. CHS led 8-6 going into the second frame.

This game was the Lady Roughriders final home game this season and they recognized senior athletes, Gracie Whisenant, Shakadria Hubbard, Mahalia Ratcliff and Aniyah Boykins for Roughriders Senior Night festivities before the game. Boykins led her team with 29 points for the night. Sophomore May Johnson chipped in 14 points. Hudson was led by Caelyn Williams with 10 points.

Center’s boy’s varsity team next faced off with the Hudson Hornets and the Roughriders led 11-7 at the end of the first period of play. Hudson outscored Center 14-6 in the second stanza and the Hornets led the ‘Riders 21-17 at the midway intermission.

By the end of the third quarter Center had fell behind by 10 points and they trailed Hudson by a 38-28 score. HHS went on to take a 50-42 win over the ‘Riders. Center was led by Mar Mar Evans with 17 points. Makel Johnson added ten points on to the CHS tally sheet. Kaanan Holder led the Hornets with 18 points.

The Roughriders are now 19-9 this season and they are 6-2 in District 17 4A conference play. They will next host the Rusk Eagles on Friday, February 11, 2022. Sub-varsity boy’s competition will begin at 5 p.m. JV and varsity will follow. 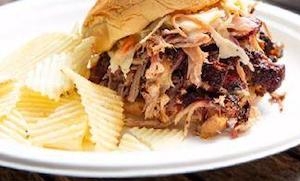 February 5, 2022 - Tenaha’s own “Catfish” will prepare his Texas known BBQ Briskets for a BBQ Brisket Sandwich Plate Fundraiser on Saturday, February 12, 2022 from 10:30am until 2:30pm at the Center Little League Basketball Game located in front of the Center Middle School.

Plates are $10 and includes a 5" sandwich, chips, drink, and dessert.